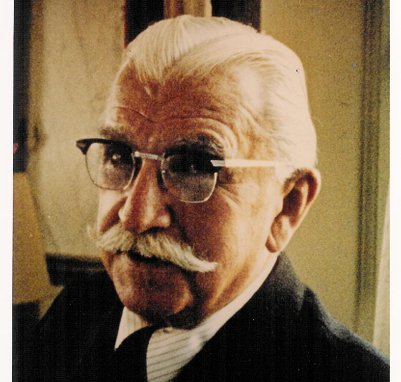 Dr Heinrich Moritz Emil Schürmann (1891-1979), a man with an impressive personality, may be considered as an eminent representative of the  generation of geologists educated in the first quarter of the 20th century. Born in Düsseldorf, Germany, he joined the Bataafsche Petroleum Maatschappij in 1913 after obtaining his doctor’s degree at the Rheinische Friedrich-Wilhelms-Universität Bonn, and started his career as a geologist in Egypt with the Anglo-Egyptian Oil Fields Ltd. From 1914 to 1930 he worked in the former Dutch East Indies. In 1930 he became Head of the Geology Division of Royal Dutch Shell in The Hague, a position which he retained until he retired in 1951. Under his leadership new geophysical methods for exploration were developed and valuable contributions were made towards research into hydrocarbon genesis.

His interest and expertise

Schürmann’s interest and expertise covered many fields of the earth sciences, stretching from his services to the oil industry, obviously focussing on Phanerozoic hydrocarbon basins, to the Precambrian crystalline basement. 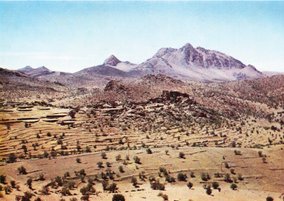 After his retirement, his interest in the geology of the Precambrian crust, primarily (but not restricted to) the basement of Egypt and northern Africa was renewed. The results of his scientific investigations were published in Fortschritte derMineralogie, as a series of contributions under the heading    Massengesteine aus Aegypten I – XX between 1937 and 1961.

In 1949 Schürmann established the Stichting Dr Schürmannfonds (Dr. Schürmann Foundation), initially in order to ensure the safe-keeping of the Schürmann collection, and later mainly to foster and promote research  on  – in his time still poorly known – Precambrian terrains in general and the Precambrian of Egypt in particular.

In 1966 and 1974 Schürmann published two monumental monographs – both still consulted and cited - on the Precambrian of North Africa and adjacent northern Red Sea area. Schürmann fostered numerous new initiatives, both internationally and in The Netherlands. He promoted isotope geochronology  in The Netherlands which, in 1962 led to the establishment of the Foundation for Isotope-Geological Research. His achievements were widely recognised and earned him, amongst others, the ‘Van Waterschoot van der Gracht penning’, the highest medal of distinction in the earth sciences in The Netherlands awarded by the Board of the KNGMG in 1972. 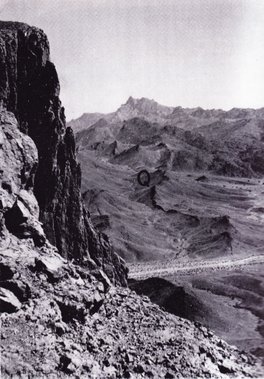 Hoggar, southern Algeria. View from Hadriane, 1709 m above sea level near Tamanrasset, looking NE. In the foreground left trachytic phonolite of the Tertiary to sub-recent volcanism. To the right Precambrian crystalline schists with a huge quartz dyke (Q). From Schürmann, 1974. The Precambrian in North Africa. E.J. Brill, Leiden. 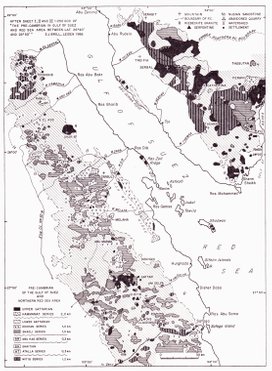 Precambrian in Red Sea Hills, and Sinai along the Gulf of Suez. From Schürmann, 1974. The Precambrian in North Africa. E.J. Brill, Leiden.